Having heard about the work done for TOTAL, in 2004, the CFAO group, which was experiencing the same issues on a very similar scope, contacted PATH FINANCE. We propose a global approach that capitalizes on our experience. We provide a costed, detailed analysis that compares the XRT and  SAGE offers with Kyriba, a publisher that proposes a new approach with a 100% SaaS innovating solution.

This solution, along with the changes in technology and communications tools, especially the internet, seems to us to be a significant change in our business and an obvious response in our capacity to support our clients. No local installation, a common, shared database and users having access to their own field of operations (local, regional, global) are uncontested advantages. 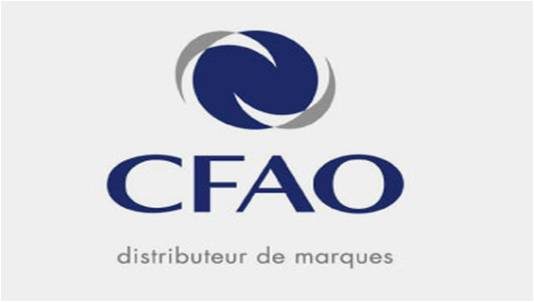 Convinced of this added value, CFAO requested the project and named the first pilot sites to be used to validate the functional suitability of the offer and the response times for remote connections (Internet remaining limited in some countries).

This major project is managed by a single person at CFAO. This person coordinates the flow of requests from subsidiaries wishing to be part of the project and defines a schedule depending on the priority of the financial stakes. The clear objective is to self-finance the following subsidiaries using the savings from those that have already deployed the solution.

In 2005, PATH FINANCE coordinated the functional, technical and business aspects of the project and took charge of the organization:

Beyond its role as an integrator, PATH FINANCE is looking into a solution that would make it possible to eliminate all local bank file processing. In order not to centralize the issues, the idea is to arrive at the fullest possible automation platform for the different processing, that can be run in a computer room 24*7 that manages files as they are received and deposits them on the Kyriba platform for integration.

This is why MULTIPATH, was created, thanks to which PATH FINANCE also guarantees the quality of the banking data that is fed into its clients’ tools:

The Kyriba software, which is self-supplied using statements that have been enriched and standardized using this single list of codes, can then reveal all its checking power:

The project was a success on two levels: